Germany is one of the most popular holiday destinations in Europe. There are a huge number of tourist attractions which can appeal to a number of different types of tourists and trips.

Whether you are interested in medieval towns, World War II holidays or just a city break to a cosmopolitan city, Germany has it all. From the world-famous to hidden gems, here at Travel without Borders, we make sure you see the best there is to see in Germany.

Check out our guide on where to go on holiday in Germany, so you can have a visit to Germany which hits all of the essential destinations.

Berlin is one of the most famous cities in the world with a rich political history informing a fascinating cultural city and community. It provides a combination of glamour and grit that is bound to mesmerise all those keen to explore its vibrant culture, cutting-edge architecture, fabulous food, intense parties and tangible history.

Berlin is a huge city, so it doesn’t make the best option for a day trip. Five times the physical size of Paris but it has 25% of the population. And because the city was divided for so long, it never developed a true “centre” as you find in most cities. There are basically mini-centres scattered throughout the city and it can take 30-45 minutes via the underground to travel from place to place.

If popular photo stops are what you look for in a trip, then a holiday to Berlin is perfect. There are a number of world-famous sights to see in the city of Berlin, with the most famous examples being the Brandenburg Gate, The Reichstag and the Berlin Wall.

The Brandenburg Gate is one of the most famous sights in Germany and was rebuilt around 250 years ago and still stands proudly today. The Reichstag is not only home to the German Government but also home to one of the most impressive glass domes in all the world.

The remaining structures of the Berlin wall, while famous for politics, have taken on a new artistic front. Premised as an international memorial for freedom, a massive stretch of the Berlin Wall has been commissioned, featuring over 100 different paintings from artists all across the world, including the colourful Some heads by Thierry Noir. 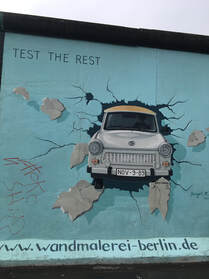 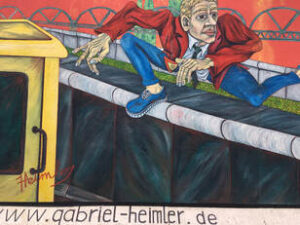 With its splendid location and charming medieval atmosphere, hardly any other town is able to captivate its visitors in quite the same way as Rothenburg ob der Tauber in Bavaria – a true medieval gem. A walk through this small town is an unforgettable encounter with bygone centuries.

The imposing building of the Town Hall, stately towers, massive fortifications, churches and patrician houses are witnesses to a mighty imperial past. Even the name of the town harks to its imperial nature, as in German the name translates to “Red fortress above the Tauber.”

With its web of cobbled lanes, higgledy-piggledy houses and towering walls, the town is the archetypal fairy-tale German setting. Urban conservation orders here are the strictest in Germany – and at times it feels like a medieval theme park – but all’s forgiven in the evenings when the lamplights cast their alluring spell.

Berchtesgadener Land in Bavaria is a hugely famous region of spectacular natural beauty: majestic mountains, crystal clear lakes and the unspoiled nature reserve of the Alpine National Park are there to enjoy.

The region boasts a stunning landscape alongside some world-famous sights. This includes the mysterious world of the salt mine, the ‘Eagle’s Nest’ dominating a mountain summit and the 12th century chapel of St. Bartholomew on Lake Königssee, now an unmistakable symbol of the Bavarian Alps. 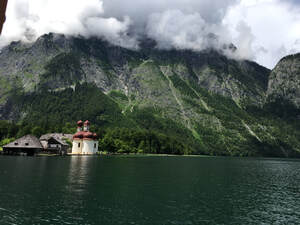 Another essential medieval Germany city is the idyllic location of Regensburg. The city has a rich history as a UNESCO city, with 1,500 listed monuments that have stood the test of centuries. Regensburg balances its weighty culture with the highest concentration of bars of any German city, and an easy-going, almost-Mediterranean ambience on its squares.

In the days of the Holy Roman Empire, Regensburg hosted the Imperial Diet, and you can stand in the very place where some of Europe’s most powerful men would assemble. With a number of Patrician families trying to outdo each other by having the tallest home in the city, the skyline is made up of a number of beautiful towers.

Of the 1,500 listed monuments, a large chunk of these is made up of churches and cathedrals. The most famous example of this is St Peter’s Cathedral. Seen as the pinnacle of southern German Gothic art, Regensburg cathedral is the kind of monument that can keep you enthralled for hours.

The capital of Bavaria and home to the world-famous football club Bayern Munich, this city provides the perfect mix of history and culture. Munich is a city where traditional and modern sit side by side like few places on earth.

Old meets new, past meets present and future, the modern blends harmoniously with the traditional, bits and bytes with beer, business and leisure. For the visitor, there is never any shortage of sights to see or activities to engage in.

The city has a wide array of museums, notably the three Pinakothek art museums. For a closer encounter with automobiles present and past, Munich-based BMW car manufacturer opened the BMW Welt in 2007, which complements the company’s state-of-the-art museum.

Being the home to the Oktoberfest, it is the perfect place to try out traditional German beers in a famous stein. The rest of the festivals across Germany are technically not Oktoberfest, so Munnich is the only place to see the real authentic Oktoberfest.

With Bavaria being full of so many sights, Munich is the perfect starting point for any tour of the Bavarian region. For example, it is located near the famous Neuschwanstein Castle fairytale castle and more of the Mad King Ludwig’s Castles.

The Mosel Valley offers travellers a more serene alternative to the Rhine River. The valley is home to the beautiful River Mosel. Winding between vertiginous vine-covered slopes, the Mosel is narrower than its neighbour, the Rhine, and has a more intimate charm.

​Alongside the river, the valley boasts a succession of old castles on the slopes of the valley, inside valleys and a string of lovely little towns and villages.

The most famous destination in the valley is the city of Trier. Trier is a magical city that transports you back to a time of Romans, cathedrals and plush markets. Founded in 16BC, it is the oldest city in Germany and a world heritage site with 9 monuments listed.

Apart from extensive Roman artefacts, you can also discover architectural masterpieces of the Romanticism, Gothic, Renaissance and Baroque eras. 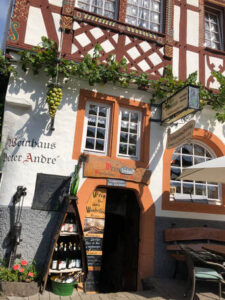 Lake Constance provides the setting for a truly tranquil holiday. Lake Constance – Central Europe’s third-largest lake – straddles three countries: Germany, Austria and Switzerland. It is the perfect base for your holiday, as it is a beautiful setting close to the Black Forest.

Take a break from everyday stress and enjoy a holiday on the island of Lindau on Lake Constance. The unforgettable view over the lake, lion and lighthouse, over the Swiss and Austrian Alps, over famous Lindau Harbour – enjoy the Mediterranean flair of the historic island city. Here you will find excellent cafés and historical sites, with manicured parks and pedestrian wooden walkways inviting you to relax and unwind.​

Dresden is a beautiful city that is constantly changing and never ceases to offer its visitors some new aspect to discover. It is a city that is noted for tolerance, a cosmopolitan outlook and a unique sense of style.

Dresden was known as both the ‘Florence of the North’ and the ‘Venice of the River Elbe’ before World War II destroyed most of this once magnificent Baroque city. But Dresden has managed to restore much of its former glory.

One of the most famous sights in the city is the Church of Our Lady, or Dresdner Frauenkirche in the native tongue. It is the signature landmark of the city and acts as a symbol of the suffering of German civilians after its destruction in World War II bombing. It stood ruined until 1994, where a restoration of the building was commenced.

The rebuilding of the Frauenkirche was financed almost entirely by private donations from all around the world. It took 11 years and over 180 million euro to finish the reconstruction in 2005, just in time for the 800 year anniversary of Dresden. It now provides offers unparalleled views of the reconstructed city centre and riverfront.

Nearby Dresden there is the famous Saxon Switzerland National Park. This is easily reachable from Dresden and makes the perfect day trip during your stay there. This allows you to combine a cosmopolitan urban environment with some natural beauty.

Erfurt expanded during the Middle Ages to become a powerful centre of trade and learning. Due to this, it was where the famous Martin Luther came to study. The German theologian and religious reformer was the catalyst of the 16th-century Protestant Reformation, which has made him hugely famous across Germany.

With a modern-day population of over 200,000, Erfurt remains the largest city in Thuringia and accessible to all. As the region’s main urban centre, Erfurt is also a popular place to live and visit, and a favourite shopping destination.

With a number of beautiful cathedrals, including the Erfurt Cathedral, it is a great spot to see Gothic architecture. One of Europe’s oldest intact synagogues is also in Erfurt, along with a complete Baroque fortress, charming squares and moving memorials to the days of the GDR and Holocaust.

The Harz Mountains are the perfect place to visit in Germany if you’re active or interested in culture. There are the obvious opportunities for mountain hiking and rambling, with many travelling across the world to this site.

If you’re not feeling a mountain hike then there are also sights for you. If you like toy towns with fairytale castles, UNESCO World Heritage Sites, fortresses and monasteries from the Middle Ages or seeing wild animals in their natural habitat, the region has it all to offer.

The area is famous for the steam railways network. The Harz Narrow Gauge Railways operate a fleet of 25 steam locomotives and historic coaches, which take you through the countryside and offer jaw-dropping vistas of the mountain peaks. Train enthusiasts can enjoy the thrill of riding a unique steam engine, while also taking the opportunity to snap some stunning photographs, as the train circles the mountain one and a half times before stopping at the top almost 50 minutes later.

Wernigerode is home to another one of the famous fairytale Castles in the region that can be visited. Wandering through its picturesque alleys, visitors can gaze at the examples of traditional architecture; a spectacular town hall with a timber facade, the ‘crooked house’ with a tilted foundation, and the city’s smallest house, which is only three metres wide and just over four metres tall.

Travel Without Borders are big believers in offering customers the freedom to design and experience their own unique holiday experience. Germany is the perfect destination to facilitate this freedom, with a diverse range of picturesque holiday resorts, historic cities, unspoilt landscapes and luxury hotels and guest houses available.

Travel without Borders, a bespoke tour operator, will ensure that you are no longer restricted by “off the shelf” package holidays and will plan you a unique trip that you will never forget. If you would like assistance in designing the German trip of a lifetime then please get in touch.